Not only are we celebrating National Hammock Day, it's also our 20th year anniversary! Thanks to the support of hammock and adventure lovers like you, we’ve been going strong since 2001. We think the next 20 years are going to be even better, and we’re kicking things off by giving away 20 of our TRUNKTECH™ Hammocks, plus an extra special Grand Prize! 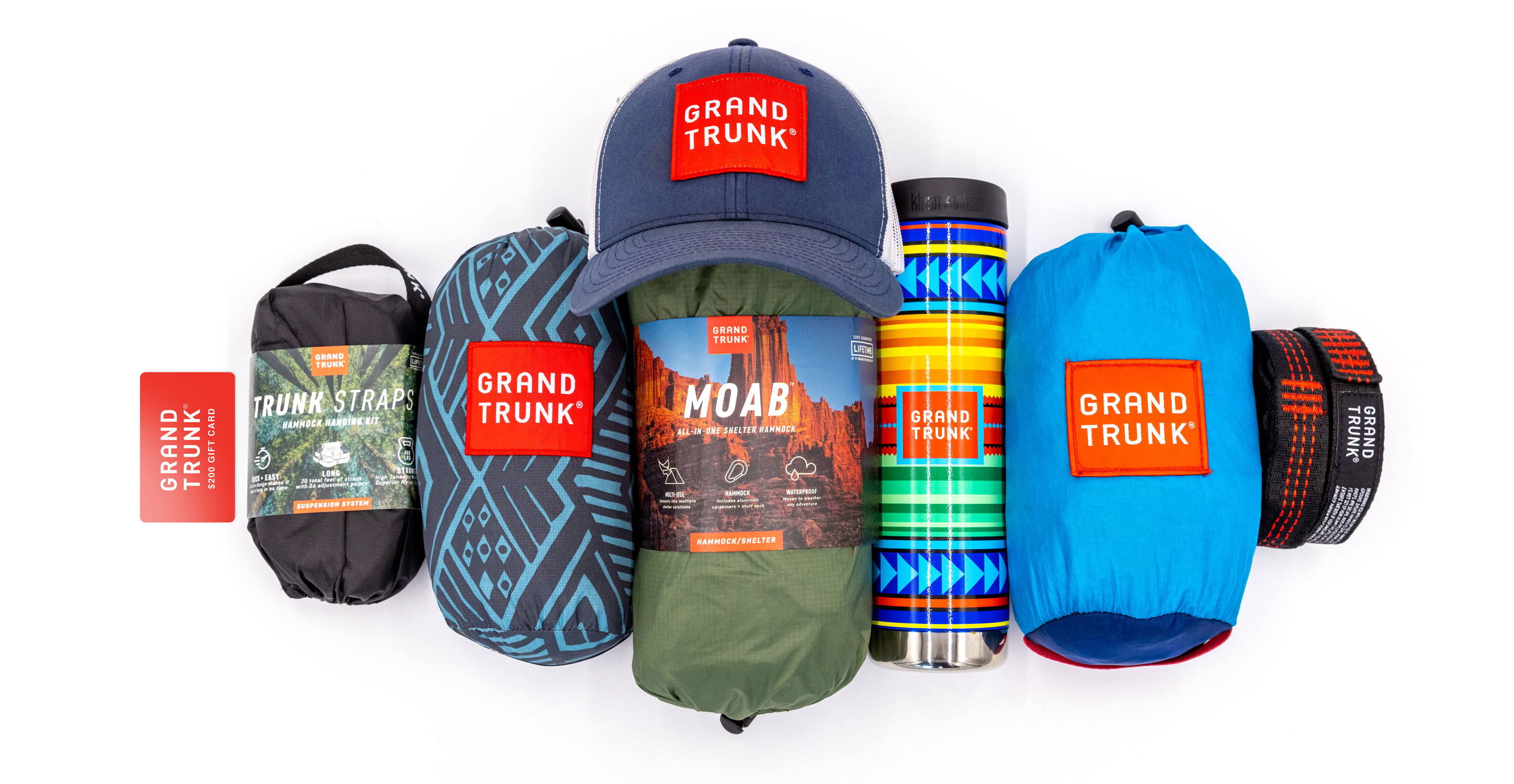 Of those selected, one Grand Prize Winner will also get:

For your chance to win, please fill out the survey below by 4:00 PM PST on National Hammock Day, Jul 22, 2021. We will be drawing names and announcing the winners later that evening live on our Instagram. Must be 18+ years or older. US customers only.

Light to carry, easy to set up, good for use and hard to stop me to show this others around.

J
Hangout Hammock Stand Jill (Spotswood, NJ)
I like it, its a good stand but...

I like it, its a good stand but I do wish it was lighter. I also wish the carry bag was made differently. Its from a company that has great customer service and a lifetime warranty, so is a smart choice.

I had this hammock for 7 years, my parents gave me this when I was young before I though much of camping

I outgrew, because it became a bit small and I sold it in near perfect condition as I upsized (I was 6ft)

The quality and strength of the hammock and net is great, just make sure it is long enough for you

Here are some personal stories of its great quality:

When I was young messing around still leaning the limits of hammocks my sibling was seining me wildly, and I was swinging with it too much and flipped out of the hammock while inside the net, fortunately I was only 3ft from the ground, the net was suddenly pulled to its limit with most of my weight on three points but it didn’t tear and I was able to unzip it and get out without harming the net

Myself with 2 friends when younger (around 100lbs) would wildly swing and bounce around (hammock flipped so the bug net was out of the way), never tore or had issue with weight

My brother with his own same type of hammock slept walked and tried getting out of the hammock as if there was no bug net, with all the sleeping gear flipped onto the net as he stood up thru the net the net tore where he was but not where his water bottle, blankets, and flash light hung suspended in the net. He used the hammock even after the torn net with no further issues

After upgrading to a bigger hammock I needed a bigger rain tarp, I had the older smaller version before and I loved the diamond setup for the hammock after looking into other tarps for hammocks I liked the diamond style the best and booth this one. This rain fly is amazing, sturdy, light, and easy to setup.

One suggestion for an improvement, add loops or hooks on the inside of the tarps along the main line for hammock bug nets to use and attach to

Grand trunk products are all amazing